What are the 3Ps of Sustainability?

Companies today are focusing on integrating sustainability as a primary component of their business strategy. They are now prioritizing the 3Ps or the triple bottom line as opposed to the traditional method of concentrating on the “bottom line”.

Topics in this article
1. What are the 3Ps or the triple bottom line (TBL)?

2. Addressing the complexity of sustainability

4. The role of the government in the transition to sustainability

What are the 3Ps or the triple bottom line (TBL)?

The concept of the triple bottom line which includes the 3Ps – People, Planet, and Profit – was coined by John Elkington in 1994 in the California Management Review. * The idea of TBL is that while businesses have been chasing economic aspects – which is of course a primary goal for any business – they also have to take into consideration the social and environmental dimensions. They have to be integrated at the core of the business model, because, as Elkington points out, “the TBL agenda focuses corporations not just on the economic value that they add, but also on the environmental and social value that they add – or destroy.” 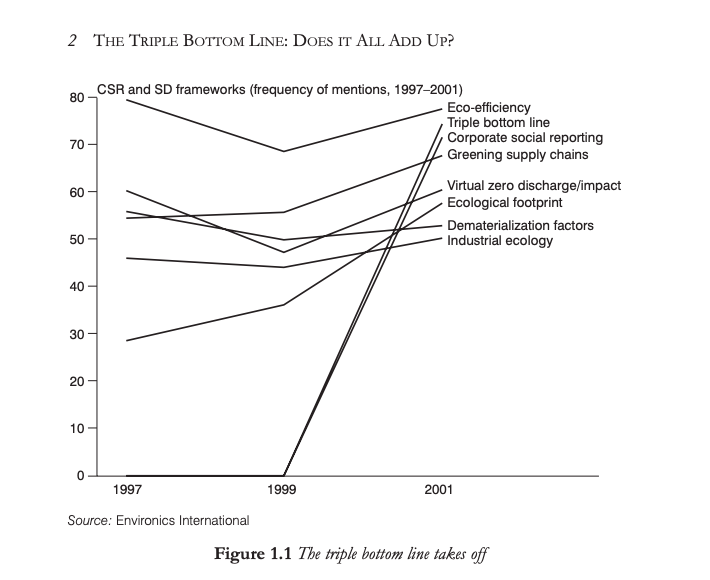 Addressing the complexity of sustainability

The key to an era of sustainable global economy lies in a series of intense progress in technology, economy, society and political patterns. This means that in our society we will also have to address several underlining issues such as inequality. Elkington mentions, “Today’s economy is highly destructive of natural and social capital, and is characterized by large and growing gaps between rich and poor.”

Prof. Ed Weenk also emphasizes on the similar idea in his article ‘Juggling the 3Ps’. Sustainability is not only influenced by the micro structure of a company but also on a more macro level of planet and society. The crucial step is to find out at which level can a company align its micro challenges to that of the more ecological and societal wellbeing. This will also determine how it could affect the strategy and tactical aspects of a company’s functions, its operations and supply chains.

As there is more need to develop a business model which weaves itself on the triple bottom line, there will be pressure on both government as well as companies to make a structural transition to sustainability. This kind of chrysalis economy (one where the old order melts for the new order to emerge) sees companies in 4 segments – ‘locusts’, ‘caterpillars’, ‘butterflies’, and ‘honeybees’. These 4 segments, also called the ‘value webs’, are collectively formed by firms who heavily rely on information technology to coordinate their value chains.

Elkington suggests that the key “to developing environmental policies that facilitate the transition to sustainability is to understand that the roles of government need to be different in relation to the four different types of corporations.”

Each type of corporation is assessed by their revenue generations or returns (profit), and now with the added feature of the kind of impact that they have on the society and the environment (people and planet). In the figure below, we see how Elkington mapped them out as per their returns and impact.

The role of the government in the transition to sustainability

“Over time, partly under pressure from governments, the investment world and other stakeholders, more structured and independent initiatives for sustainability reporting are emerging.”

The government has to play a pivotal role in the transition to sustainable development for corporations. While aspects of the traditional approach to attain sustainability might still continue, the government has to take the ‘silo-busting’ initiative where it is actively involved in various stages. The government might be required to go through the learning flywheel. 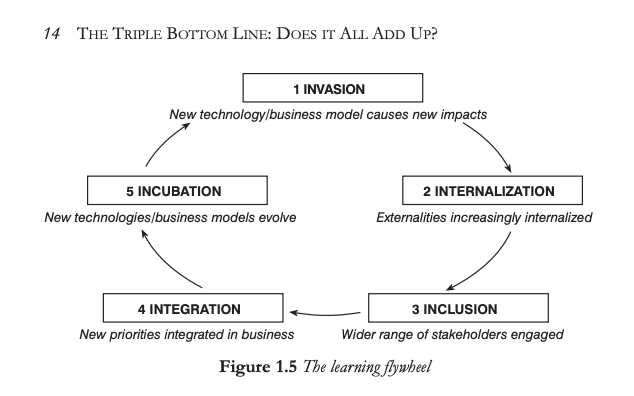 The five stages mentioned in the figure form the core for government agencies to identify and create the space for businesses to develop the triple bottom line. It might happen at times where parallel activities are given more importance than true integration but that is where the challenge lies.

The primary objective of any company is not to be sustainable for a short term but to develop an integral process that makes them sustainable for the long haul. There needs to be a shift towards incubation where it can be observed how sustainable technologies and business models push the wheel towards establishing a steady sustainable strategy. The role of entrepreneurs and social thinkers is monumental as they have the fresh scope to develop a comprehensive approach towards society (People), environment (Planet), and economic growth (Profit).

Our business simulation game, The Triple Connection, finds its roots in the cacao industry and follows the path to create maximum value in its sustainable value chain. This kind of value creation requires multiple high-level roles to align on the concept of the 3Ps: People, Planet, Prosperity. It takes into consideration 13 out 17 Sustainability Development Goals (SDG’s) set by the United Nations. Meaning that participants also have to take into account life-like consequences of every decision that they make.

Now you know that the Triple Bottom Line (TBL) compels businesses to take into consideration not only profits but also social (People) and environmental (Planet) development. The key to developing a sustainable global economy lies in a series of progress in technology, economy, society and political patterns. Businesses have to undergo through the learning flywheel, where new technology can create sustainable impact and businesses can internalize those new technologies. There are five stages to a flywheel and they all form the core of government agencies. 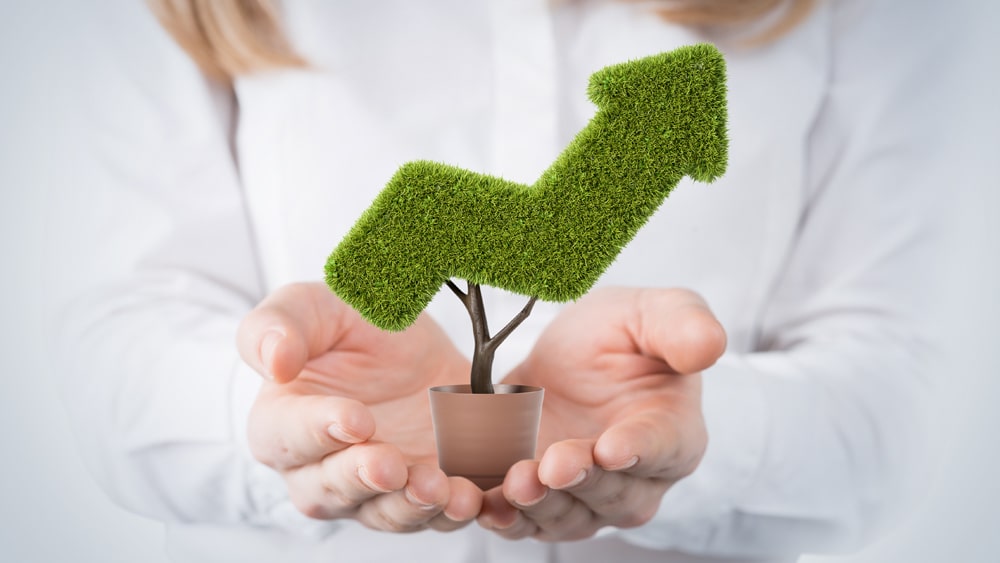 With the growing urgency of combating climate change and the increased need for more sustainable development, it has become inevitable for companies to adapt to a changing world. But what does sustainability actually mean? And how can your business transform its value chain to become more sustainable? In this article, Inchainge discusses everything you need to know about sustainability. Furthermore, we will inform you about our business games. Our business simulations help you grasp crucial strategies that allow businesses to continue their growth sustainably. 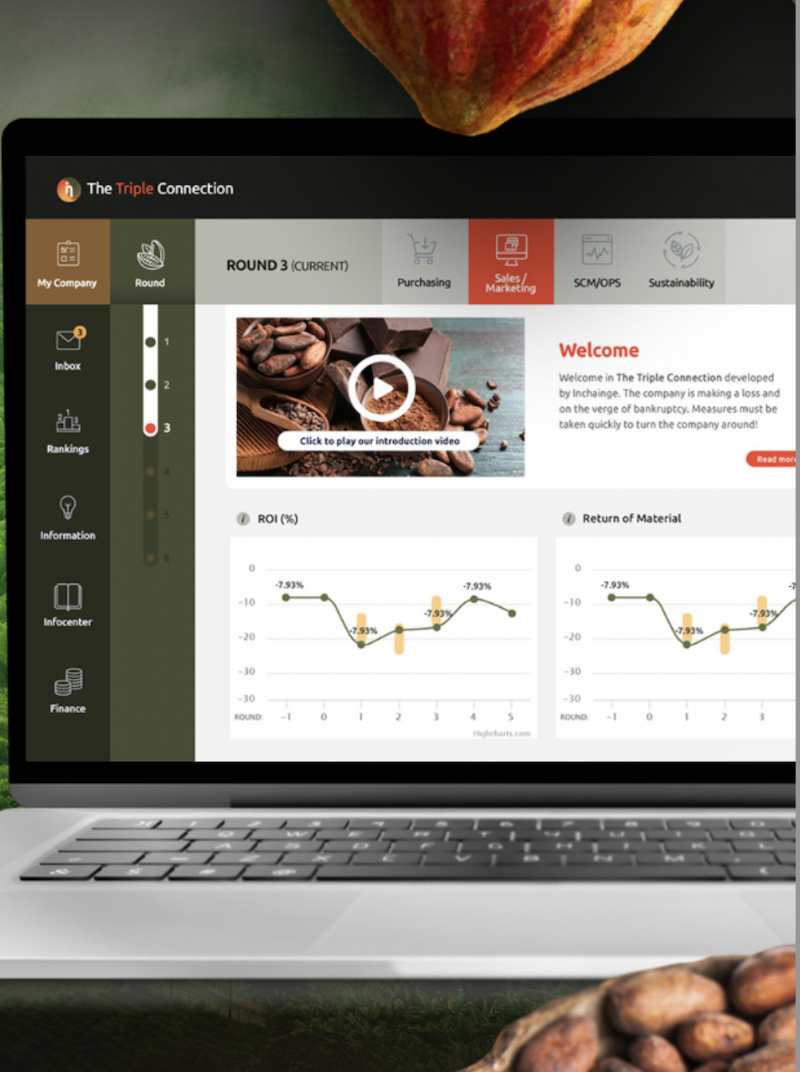 The innovative web-based business simulation game, The Triple Connection, engages its participants in implementing a sustainable strategy for a virtual chocolate milk manufacturer. Participants will be confronted with various real-life, real-time dilemmas. They will be compelled to make decisions that are critical to maintaining a fair balance between profitability and sustainability. 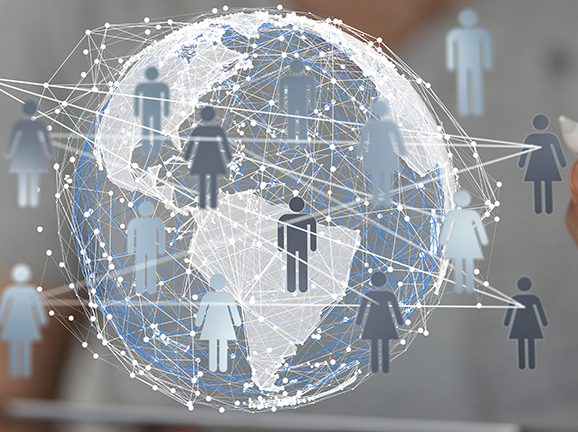 A value chain can increase the efficiency of a business by adding the most value possible at the lowest possible cost. But what is a value chain exactly? And how is it connected to the supply chain? In this article, Inchainge discusses everything you need to know about the value chain.